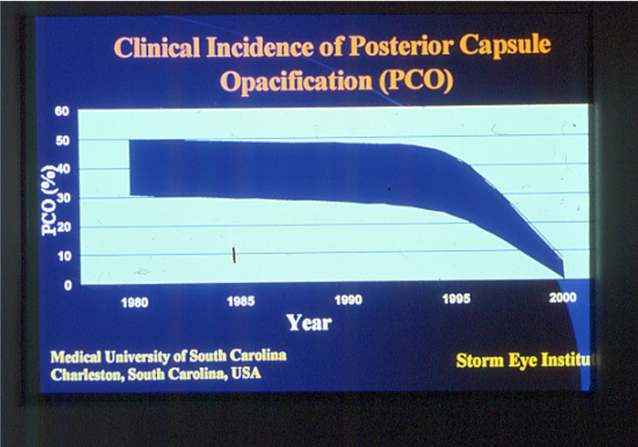 A Landmark Contribution to Ophthalmology 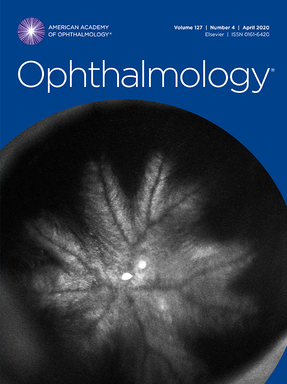 Heidelberg 29 March 2020. It is wonderful to see that one of David Apple’s papers, Eradication of Posterior Capsule Opacification, is listed as one of the twenty landmark contributions to ophthalmology. Ophthalmology is the flagship journal of the American Academy of Ophthalmology, and in April the Editors have made a commemorative edition of twenty papers, each of which can be regarded as a Landmark Contribution to Ophthalmology.

Eradication of PCO David started to write it in 2000 with the assistance of some research fellows who worked with him at the Center for Research on Ocular Therapeutics and Biodevices in Charleston, South Carolina in the 1990s. I was one of the visiting research fellows and I’m honoured to be a co-author to this paper, analyzing the pseudophakic postmortem eyes that showed the decreasing trend in YAG rates. My colleagues on the paper were: Qun Peng, Nithi Visessook, Liliana Werner, Suresh Pandey, Marcela Escobar-Gomez and Jagat Ram. What was our objective?

We felt it important to report that the percentage rates of YAG laser posterior capsulotomy had fallen in the postmortem eyes which we had received at the Charleston site between January 1988 and January 2000. In addition, we had started to identify the factors of surgical technique and lens-design which we considered were instrumental in reducing the incidence of PCO and thus reducing the need for these YAG procedures. We thought this would be of practical importance to cataract surgeons, encourage them to use the newer styles of lenses and modern surgical techniques like hydrodissection-enhanced cortical-cleaning.

Where did we get the data?

In the 1980s, David Apple had arranged with Lions Eye Banks – mainly in the USA – that they should send unwanted cadaver eye globes to his research laboratory in Charleston. These were eyes that were unsuitable for use in donating corneal tissue and most were pseudophakic, that is they contained a lens. By the end of the 1990s, we had received over 16,000 specimens. For this paper, we examined only eye-globes that had posterior chamber IOLs. We looked at globes we obtained between 1988 and 2000. We included in our study only specimens where we were sure of which the lens model was in the eye, and we limited our study to eight IOL models. In total, for this report, we examined 5416 eye-globes.

What did we measure?

For each globe, we took a Miyake-Apple posterior photograph, and we recorded the presence or absence of the hole that is left by the laser action on the posterior capsule. We created a timeline by taking the capsulotomy rate (%) as of January 2000 and then recorded the capsulotomy rate for each lens model and plotted that on a monthly basis for the period 1988 to 2000, so we got a computerized trend for each IOL model.

We saw quite high YAG rates - ranging from 20.3% to 33.4% - associated with the relatively older designs of IOLs, those that were more frequently implanted between 1988 and the early 1990s. But we found that four modern (at the time) foldable IOLs made from silicone and acrylic biomaterials had significantly lower YAG rates ranging from 0.9% to 17.1%. Among the eight IOL designs, the difference in YAG rates was significant (P 0.0001, chi-square test). The Alcon Acrysof had the lowest rate at 0.9%. Comparing foldable versus rigid designs, the foldable IOLs were associated with a much lower YAG laser rate (14.1% vs. 31.1%).

What did we draw from that?

We listed six factors regarding surgical technique and IOL choice. There was strong reason to believe that the overall incidence of PCO and hence the incidence of YAG capsulotomy was rapidly decreasing. We concluded that the surgical techniques and IOLs were already available to bring overall rates down even further to single digits. David Apple predicted this could lead in the direction of virtual eradication of secondary cataract. Indeed, we know today that this goal has been largely fulfilled.