In memory of Emanuel Rosen 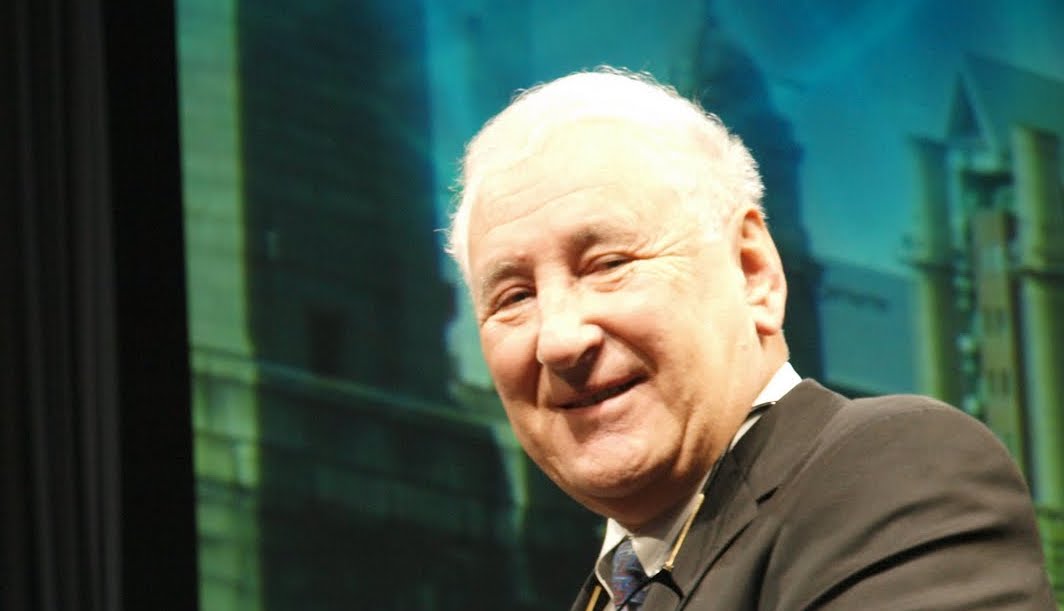 Heidelberg 23 November 2021. We learn with sadness that Emanuel Rosen died on 20 November. Emanuel was a giant in UK, European and world ophthalmology. He was President of the IIIC, International Intra-ocular Implant Club from 2000 to 2002, Before that he was ESCRS President from 1987 to 1993 and in 1996 he had launched, with ASCRS, the Journal of Cataract and Refractive Surgery (JCRS) and the ESCRS magazine, EuroTimes.

We send our sincere sympathy to Barbara and the family.

In 2006, David Apple asked his friend Emanuel if he would write a foreword for David’s biography of Harold Ridley. I repeat this here in its entirety - of course it says a lot about Harold and about David but I think it speaks too of some of the qualities of Emanuel Rosen, the man himself. This is what Emanuel wrote,

Following completion of my training as an eye surgeon in the early 1970s, I established a practice working in the treatment of retinal diseases. For me, a young surgeon moving forward in a fascinating speciality, it was a thrill to be able to help patients with the treatment, tools we had available at that time. Although my focus was on the retina, my colleagues and I did all types of eye operations.

In the summer of 1973, I performed a cataract operation and for the first time, implanted an intraocular lens (IOL). This was almost 25 years after Ridley’s invention. The lens that I used was a modification that had been designed by two colleagues from Holland, Dr. Cornelius Binkhorst and Dr. Jan Worst, affectionately called the Dutch Duo. The positive result that was achieved that day in the operating room and the effect on the patient was so dramatic that I became an instant convert to IOLs. The work of Binkhorst and Worst, as well as several of their contemporaries helped bring credibility to Mr. Ridley’s invention, which was still much disparaged at that time—almost three decades after its invention.

There was still severe resistance to Ridley’s technological breakthrough in the profession, especially from the academic establishment. Many of us who were converted to implants were sometimes isolated from participation in various meetings and indeed Ridley and Choyce had already formed the Intraocular Implant Club (IIIC) in 1966. We also formed a European organization designed to help in the understanding and advancement of implants, the European Intraocular-Ocular Implant Council (EIIC), which eventually set a pattern of meeting in different European countries each year. The EIIC graduated to a Society format, becoming the European Society of Cataract and Refractive Surgeons.

I had realized from that first day in 1973 that I was about to participate in the transformation of intraocular implant surgery, which had attracted such a hostile birth as Ridley did his early work. Implants then passed through a stage of infancy and childhood, maturing into an adolescence and maturity that was soon to deliver joy to patients and surgeons alike.

Understanding the patho-physiology of lens implantation, for example, how does the procedure work? how does one prevent complications? was a fundamental need and requirement. Surgeons always need to understand what they are doing, what are the correct indications and contraindications for intervention. How does one comprehend adverse events and counter them, and most importantly, how do they prevent their occurrence.

Beginning about 1981-82, David Apple and his team, the Apple Korps, started to provide the answers needed. They continue to do so today, having celebrated the 25th year of existence of the Apple Laboratory. They deserve the incalculable thanks from a full generation of patients and surgeons. I had the pleasure of working with David and his team on several occasions. I recall a notable one where we were studying means of assuring safety during surgery by the introduction 1980 of a product called Healon®, an agent which helps “lubricate” and thus protect tissues within the eye during the implant procedure. This material, termed a visco-elastic agent, has become a universally accepted tool used to help assure the safety of all types of eye operations.

The decade from 1975 to 85 stimulated the entrepreneurial energies of cataract surgeons whose implant fantasies were realized. Their hopes always were to improve on Mr. Ridley’s lens and many devised various forms and designs of implants, some unfortunately based on incomplete theory and causing significant morbidity, as the profession sought the “final solution” of a safe and durable implant. Sorting this out required conceptual originality as well as knowledge of biomaterials and biomechanics—this was the forte of the Apple Laboratory. Eventually the mix of clinical hard earned experience and basic science performed in the laboratory lead to lasting and safe solutions.

An ultimate goal was finally reached by the late 1980s. Surgeons were able to securely and permanently implant and sequester the IOL into its correct location—the actual site where the normal lens was normally situated, a site clinically termed the “lens capsular bag”. These improvements immediately helped decrease the incidence of cataract-IOL surgery complications.

We should all be grateful to a few contemporaries of Ridley who had the vision to immediately recognize the value of his work. I salute Peter Choyce, Edward Epstein, and Slavo Fyderov, among others, whose vision for their patients and their profession was outstanding. Harold Ridley himself of course encountered intense hostility. Colleagues from the generation after Ridley often were criticized as they tried to improve and modernized the cataract-IOL operation. I, myself, was criticized as I tried to bring various modern techniques for cataract and refractive surgery to my region—most of which have been successful and are used routinely today. I know that David Apple often met with resistance as he commonly had to confront both surgeons and companies. Their individual persistence helped counter the animosity of many academic ophthalmologists, both in Britain, on the European Continent and across the Atlantic.

These pioneering ophthalmic surgeons and researchers can be well satisfied that the hostilities surrounding this development, which lasted for almost four decades, has been overcome. The efforts begun by Ridley, these few early pioneers, and presently by a whole new generation of surgeons have initiated a major subspecialty of ophthalmology, namely the subspecialty of cataract-IOL-refractive surgery.

I am sure that my contemporaries, as well as myself, are now very proud that we have participated and contributed to what David Apple has termed the “Golden Age of Ophthalmology and the Visual Sciences”.

Sir Harold Ridley in his final years may have written:

“It was a barren time at best

Its fruits were few

Life has not since been wholly in vain”

For now I hear a wisdom plucked from joy and pain