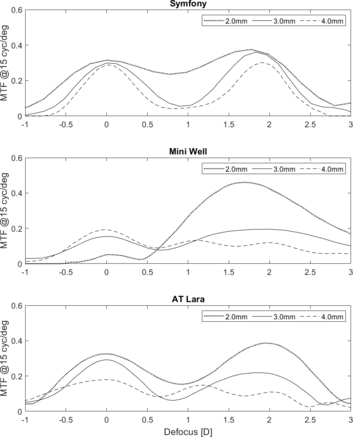 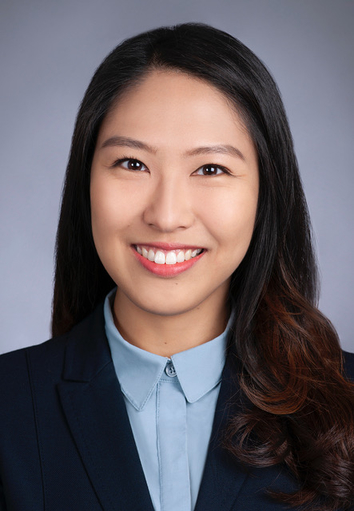 Heidelberg 20 January 2020. The use of monochromatic light in the assessment of intraocular lenses (IOLs) has been criticized in the past for not representing the real-world situation. In our in-vitro study, we aimed to measure and compare the image quality of three extended-depth-of-focus (EDOF) IOL models in monochromatic and polychromatic light and this is reported in the January edition of the Journal for Cataract and Refractive Surgery

We used an optical metrology instrument to study image quality metrics of diffractive IOLs with chromatic aberration correction (J&J Symfony and Zeiss AT Lara) and a refractive lens (SIFI Mini Well). The modulation transfer function (MTF) was measured in green and polychromatic light at a 2.0 mm, 3.0 mm, and a 4.0 mm aperture. The EDOF IOL’s tolerance to defocus was tested against a monofocal lens.

We found that the mean MTF of the EDOF IOL at a far distance was decreased in polychromatic compared with monochromatic light. The largest effect was found in the refractive lens; however, at an intermediate distance, only small differences occurred.

In their tolerance to defocus, the EDOF IOLs were superior to the monofocal IOL. The diffractive IOL had higher MTFs than that of the refractive IOL at 2 primary foci, the refractive IOL’s optical quality varied less with defocus at 3.0 mm. The refractive lens was the most susceptible to changes in aperture size.

The diffractive EDOF IOL was more resistant to chromatic effects than the refractive IOL. The EDOF IOLs provided an extended through-focus performance compared with the monofocal IOL, but differences in optical design, particularly pupil dependency, should be considered when refining IOL selection for patients.

What was known before

What this paper adds

Dr. med. Yumi Lee is a Guest contributor to the AppleLab website. Yumi is a former Research Fellow at at the lab.