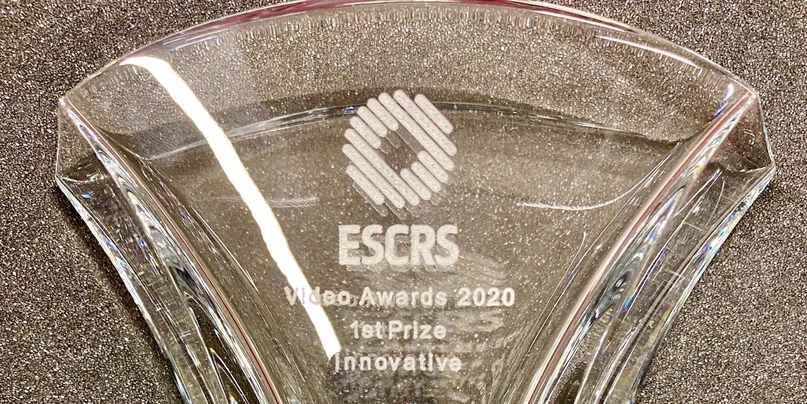 This is the fourth episode of a series about the work done in the David J Apple Center for Vision Research: this time, we focus on DMEK with the innovative EndoArt® artificial implant used in place of human donor tissue.

This video won First prize at the ASCRS 2020 earlier this year, and at ESCRS 2020 meeting it was awarded First Prize in the Category for Innovation; and, yesterday (Saturday 10 October 2020) it won a video award at the DOG (German Ophthalmological Society) 2020 Meeting.

The EndoArt®, by EyeYon Medical, is an off-the-shelf artificial implant for partial keratoplasty. EyeYon Medical was founded by two leading cornea specialists – Ofer Daphna and Arie Markovich – and medical device entrepreneur Nahum Ferera. Together they developed the EndoArt®. The implant is about 50 microns thick. Its dome-shaped curvature matches the cornea’s posterior curvature. It is made of an optically clear, foldable, and biocompatible copolymer that is made by the British company Contamac. The material is sufficiently robust to allow smooth and controlled insertion and easy intraocular manipulation – without the risk of damaging the implant (always a potential problem with donor tissue). 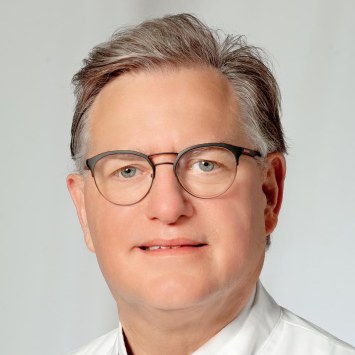 “For decades we were looking for an artificial whole graft cornea. Since 60 to 70 percent of today’s corneal transplant surgery is DMEK, we actually need an artificial DMEK lamella. I now have more than one year’s experience with the EndoArt® Artificial DMEK lamella. The implant works by blocking the inflow of aqueous humor into the cornea, thus reducing corneal edema. To date, two patients have received the implant, and both have performed very well so far.”

The implant replaces the human tissue used in endothelial keratoplasty (DSAEK and DMEK). It is folded and inserted into the anterior chamber (AC) via a self-sealing clear corneal incision, typically around 2.2 mm. The EndoArt® unfolds itself in the AC, and the surgeon attaches it to the posterior corneal surface using an injected air bubble tamponade. In this respect, the procedure is similar to a DSAEK or DMEK procedure.

Although over 200,000 corneal transplants are performed worldwide annually, there is a global waiting list for donor graft tissue. The manufacturer estimates that close to 13 million people are waiting for a corneal graft, and often they must wait for years to get the vison-restoring operation. It is expected that surgeons who have performed endothelial keratoplasty (EK) will be able to implant EndoArt® without additional training. In contrast, cataract surgeons unfamiliar with EK should require a few training sessions to master the technique.

In the future, there is the potential that EndoArt® may eliminate the waiting list for donor corneas, and we can reduce the risks associated with transplanting tissues.

Dr. rer. nat. Sonja Schickhardt is an organic chemist and the Laboratory Leader.