The film was made under the supervision of Prof Gerd Auffarth. It reports research work that Dr Khoramnia and his colleagues at the Apple Lab have done in analysing explanted intraocular lenses which were removed because of opacification in or on the IOL optic’s pupillary zone. This complication occurred in patients who had undergone DSAEK. The researchers found the opacification is associated with the use of air or gas in the anterior chamber during the DAESK procedure.

Each year the Foundation’s Rewards programme recognises exemplary resident performance in the areas of research, patient care, leadership and education. Ten of the ophthalmic world’s most outstanding young residents are attending the 2014 ASCRS-ASOA Symposium as a result of the Foundation’s Resident Excellence Awards Programme.

Of the ASCRS Foundation’s 2014 Resident Excellence Award winners most are from North American academic institutions but two are from Europe, including Dr. med. Ramin Khoramnia MD FEBO from the Apple Lab in Heidelberg. 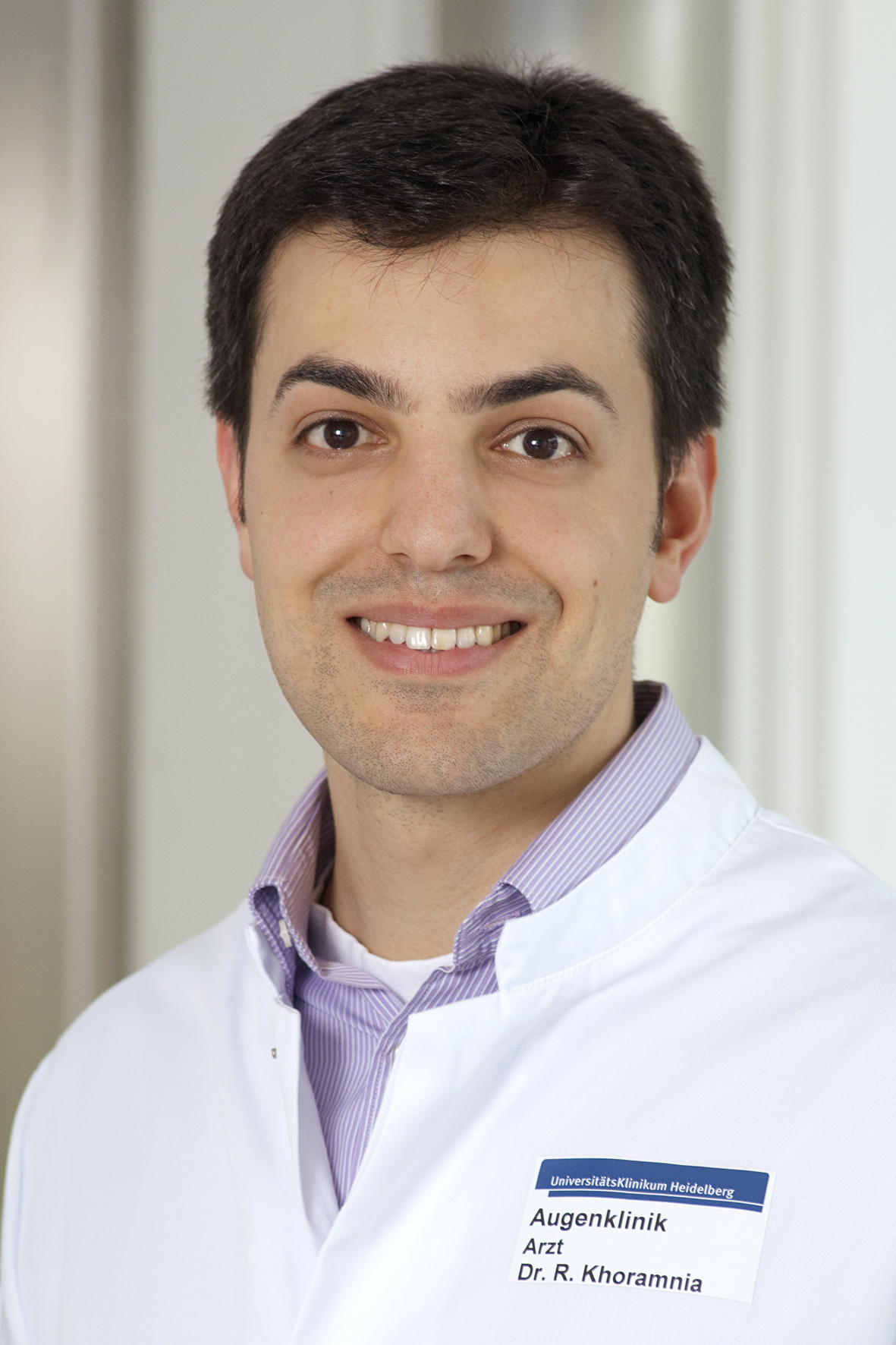 The ten award recipients received complimentary housing and complimentary registration to attend this year’s Annual Symposium and Congress in Boston.

The award enables the ten residents to experience ASCRS first-hand and to take advantage of the symposium’s many educational and networking opportunities.

Ramin Khoramnia MD FEBO from the Department of Ophthalmology in the Heidelberg University Clinic has been working his residency and his research fellowship in the Heidelberg Eye Department, the IVCRC (International Vision Correction Research Center) and the Apple Lab since April 2011.

Better vision for AMD patients.
The Ridleys visit the Lab