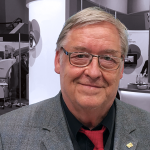 Wolfgang Haigis - the scientist known for his formulae - the German Society for Cataract and Refractive Surgery (DGII) has announced that Prof. Dr. Wolfgang Haigis, who worked as a physicist at the University of Wurzburg, has died on October 15 at the age of 72.

Haigis was a pioneer and a driving force in the development and the refinement of biometry, the exact measurement of the human eye, and its refractive power, which is essential to modern cataract surgery. During this surgery - the most frequently performed intervention in modern medicine - the eye’s natural lens is removed, and the surgeon implants an intraocular lens (IOL). The Haigis formula (and its varieties), conceived after years of intense optical research and mathematical deliberations, has been used by eye surgeons all over the world for the benefit of their patients.

A gentle human being

Prof. Haigis was the author of more than 200 scientific publications and gave over 500 presentations at scientific meetings in many countries. He was instrumental in developing a device (the IOL Master by Carl Zeiss) that, together with his formula is responsible for the often excellent vision that patients today enjoy with the appropriate IOL almost immediately after surgery. “Beyond the scientist, however,” DGII-President Prof. Burkhard Dick remembers Haigis, “lurked an incredibly friendly and gentle human being who was always available for ophthalmologists - and not just for the experts - who needed help in determining the right IOL power for their next patient. His death - way too early - is a huge loss for ophthalmology.”